These guys are fun! 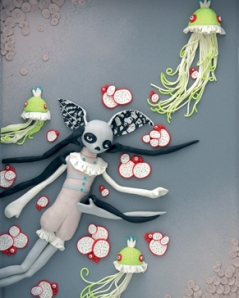 Check out the latest in poet/artist/composer collaboration at Born Magazine.  I always find something to love.

Artists in this issue:

Writers in this issue: The funnel wall at the Kunsthofpassage in Neustadt, Germany, changes rain into symphony. I like this writing exercise by Linda Jacobs so much that I’ve stolen it. Well, provided a link to it anyway.  Check out her idea of writing about death and shoes on the blog, Totally Optional Prompts. I think it’s a keeper. If you give this one a try, let us know. And you get extra points if you remember the old gospel song, Traveling Shoes.

I want to recommend a story about typography on the Web Urbanist blog.  This example is by Steve Yee, art director for Chiat/Day in Los Angeles. He designed this typographic
portrait of Radiohead’s Thom Yorke. The words used throughout
the portrait are the titles of some of Yorke’s favorite songs. 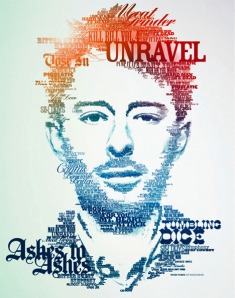 Born Magazine has just published its first issue for 2009.

Brian Eno and David Byrne recently finished their first collaboration in 30 years. The name of the new record is Everything That Happens Will Happen Today, and it is available exclusively from their Web
site.  All formats can be
downloaded immediately and physical CDs will be shipped in the Fall. 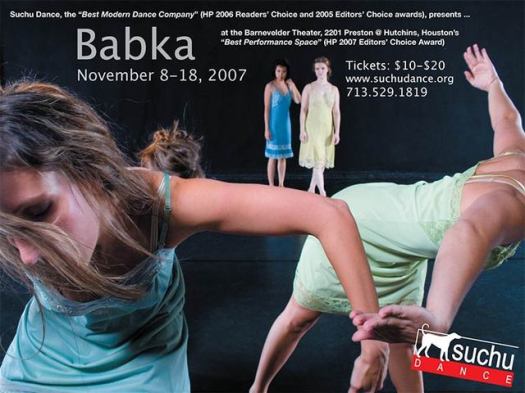 I got to see Babka performed by Suchu Dance this past weekend at Barnevelder in Houston.  It was  very amazing.  I wish I had better photography to share with  you, but here’s a link to a slide show from Suchu.  The word “slide show” sounds so antique, but this one actually does a good job of recreating the feel for the odd reality created by the work.  Congrats to Jennifer Wood, the troupe, and the staff at Suchu Dance.

David Byrne keeps a great blog.  You can also buy things there.

A new one by the Young Dubs is out, out, out.   This is the time of year when I start wishing I were going to the Vancouver Festival.  Rock on. 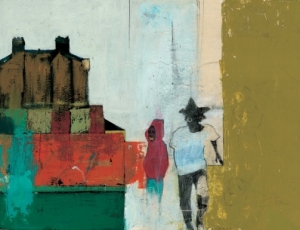 You can see more of Reggie Pedro’s work on mudfoot.

In the "Cross Media" issue of Unlikely 2.0, you can find five compositions by the Be Blank Consort.  The Consort is a collaborative group of experimental writers dedicated to the creation and performance of sound-texts.   You can see their compositions and

listen to them performed as well.

Here’s some of their self-description:   ‘The Consort was formed to perform various kinds of
texts, many of them created collaboratively, in ways that would reveal
new resonances and possibilities in them. Some of the pieces are poems
that were written by one of them and scored for multiple voices by
another. A few are entirely written and scored by one person. Many more
were written in collaboration between one or more of the performers and
others. The goal is to highlight language as music and sound, in
addition to its function as a carrier of meaning, and to this end, they
have devised various strategies of simultaneity, breaking up of lines,

Check out the latest issue of Born Magazine.

Check out this mixed media art at Born Magazine.  Tisha b’av is written by David Harris Ebenbach.  Jonathan Gould did the design work.

The
sound collage is made of scratching noises, extracts of Turnage’s
musical piece and children voice speaking of their impression of the
theme. People can create their own piece as they play with the
installation.

Londoners could play with the installation in January but the Royal Festival Hall is to propose a new interactive piece from 18 April to 25 May: 16 Frames are giant flip books and zeotropes that are animated as you pass by them.

Read about an amazing art-thing at  Milk and Tales.  My source: rhizome.org.