I had a dream I was a satellite
and then I woke and I was
still a satellite. Signals shot through me
like birds in the dark. I was transmitting
something. Cubes of essence stolen
from the Moth Man. Snowflake after
snowflake like jellyfish drifting
through the void above a balcony in Brooklyn.
My friends in California, selling out
falling asleep, falling in love or out.
Loneliness is barely more
than nothingness. It’s Snowbody
touching your thigh in bed. Snowbody
chopping the peppers for the soup. Snowbody
calling your name from the control room
late one night. When Snowone is around
you think about them. Or you gauge
the rate of your disintegration. The exact
amount of detritus you’ll leave floating
through your friends. Maybe you fall
apart. Or you break off a shard
and send it to someone else.
A distant stranger taking off their mask.
No more transmissions for tonite.
Signed, Yours Truly, Ben Mirov. 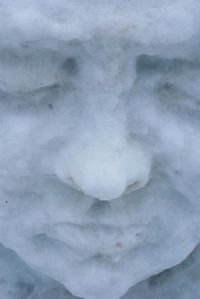