Arielle Greenberg and Rachel Zucker are poets, friends and frequent collaborators. Their latest project commemorates the first 100 days of Barack Obama's presidency with a freshly commissioned poem each day. They share each text on a blog called Starting Today: poems for the first 100 days.
Here is how they organized the project:

The day before the inauguration we sent out a call to poets we admire
to write poems that respond, however loosely, to the presidency, the
nation, the government or the current political climate. More than one
hundred American poets responded immediately. The first 100 poets were
each assigned one of President Obama’s first hundred days in office,
and each will write a poem reflecting on the state of the nation and
the world on that day. A new poem is posted every day. 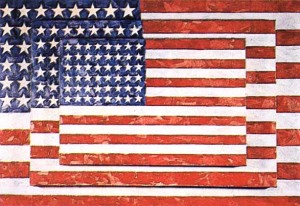 The first poem is, as you might guess, Elizabeth Alexander's poem written for and read at Obama's inauguration. They are collecting poems from a wide variety of writers, including:

Two of my favorites so far are:

Man, Roll the Window Down! by Patricia Smith, and

Bookmark this one–we still have over 80 poems to look forward to!